A few kilometres outside the towns in the mid- and far-west regions of Nepal, villages have starkly different environment. Although these villages have immense potential in areas such as agriculture and tourism, access to basic services such as education, healthcare and finance have hindered their progress. Most financial institutions provide services in urban and semi-urban areas, catering to relatively affluent populations. Branching out with financial products and services tailored to these remote communities would truly help unlock opportunities for them and for the service providers.

Due to the absence of formal financial institutions in the remote rural areas, locals avail loans at extortionately high interest rates from the local money lenders who often exploit the inability of the borrowers to repay the loans. Also, the habit of saving and investing in productive activities is found to be severely lacking in such communities.

Sakchyam pushes commercial banks into reaching out for the underserved population of Nepal. We encourage them to take risks by supporting their endeavors so that initiatives they wouldn’t take at full risk and liability are taken. In this regard, the partnership with Mega Bank aimed to establish physical branches and BLB touchpoints, in rural parts of Karnali & Province 7. Mega Bank opened the Sakchyam-supported branches in few of the remotest locations – Safebagar of Achham district, Jogbuda of Dadeldhura district, Khalanga of Salyan district and Khalanga of Darchula district. The partnership was also successful in launching 11 BLB touchpoints.

Another innovative scheme introduced through the partnership was the “Mega Laghu Karja” which is still continued even after the partnership with Sakchyam has concluded. The scheme was the first of its kind to address the political turmoil of the Maoist Insurgency of 2006 which had left a lot of the infrastructures in districts like Achham destroyed. Most importantly, government documents for properties of people and their blueprints were damaged or missing which meant that they had no collateral to provide to banks for loans. Through the scheme, people were able to obtain loans in groups with group collateral provided. The initiative proved very helpful for a lot of locals although its original form had to be discontinued. While the scheme allowed for people to provide collateral in groups and receive loans, later it only allowed microloans for individuals due to the alarming rate of defaulters. So now even though people cannot receive loans through group collateral they still have the facility of micro loans.

Sanfebagar in Achham was severely affected during the Maoist insurgency and even after a decade, infrastructural damages of the conflict era are yet to be reconstructed; and even those that were reconstructed have been found to be substandard. Lack of access to finance was one of the basic facilities that people of Achham, particularly Sanfebagar were deprived of. With no commercial banks around, the people had to travel at least 47 kilometers to get to commercial bank branches in Mangalsen.

With Sakchyam’s support, Mega Bank opened a branch in Sanfebagar, becoming the first private commercial bank to have a branch there. A few months later, an ATM machine was also installed in the periphery of the bank branch for the first time.

Till date (20th March) the Sanfebagar Branch of Mega Bank has achieved the following: 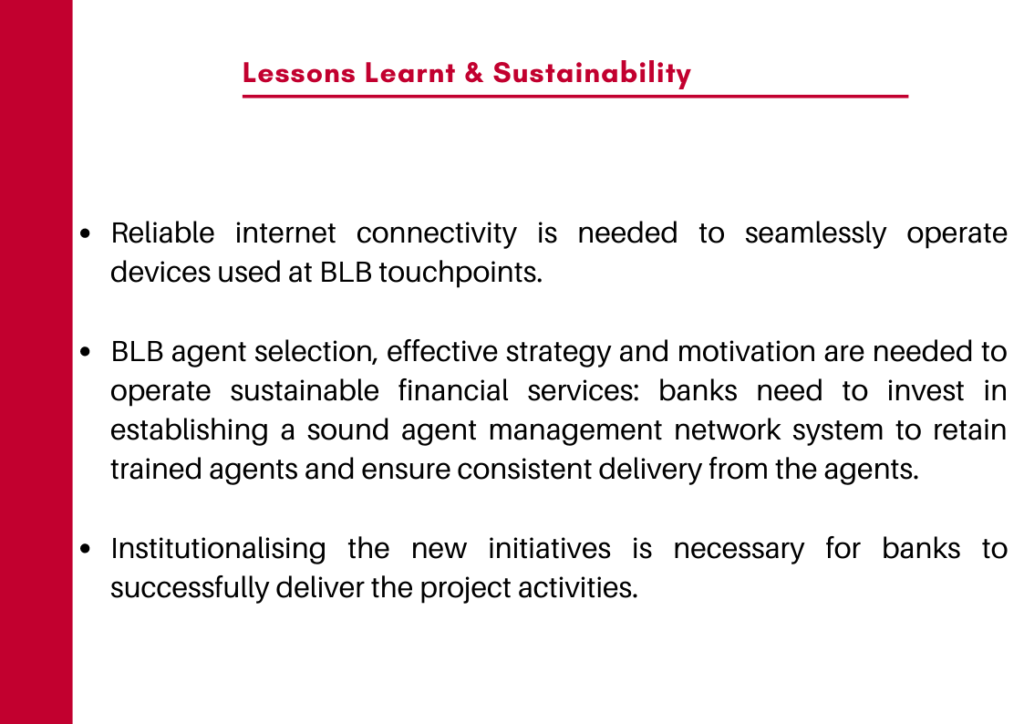