Socioeconomic exclusion of the rural disadvantaged population, predominantly women, remains as one of the major challenges faced by Nepal when it comes to development. Vulnerable communities are denied basic rights such as education confining them to illiteracy and poverty. Often they also lack a voice to express their concerns, and are rarely consulted. UKaid Sakchyam Access to Finance Programme (Sakchyam), believes providing access to financial services to these disadvantaged groups is a crucial agent for change. In the context of Nepal, people not only lack basic financial services but are also unable to financially sustain themselves even when financial services are made available. Additionally, development efforts for socioeconomic and gender inclusion are not fairly distributed across all regions. Illiteracy rates in the Far West, as reported by HDI for instance, lies roughly between 40-55%[1]. According to the United Nations Development Assistance Framework (UNDAF) for Nepal published in June, 2018, the Mid- and Far-Western Regions rank the lowest on both the Gender Empowerment Measure and the Gender-related Development Index (GDI).[2]

Due to the lack of formal financial services, people depend on local money lenders for financial transactions. Without legal accountability, the cost of borrowing money with these lenders is often high and exploitative. Another problem is that of the financial services available, most are catered towards the needs of urban rather than rural populations. Tailored financial products and services for the rural poor are unheard of and the adoption of modern technology is yet to see efficient implementation. While majority of households stated agriculture as the major source of income in Kailali, only 22% of households claimed to have agricultural credit highlighting the need for more financial literacy initiatives in these areas.[3]

The Sakchyam – UNYC partnership was aimed at expanding UNYC’s outreach to the priority districts to a) tackle the problem of informal channels for financial transactions; and, b) focusing on rural needs, encouraging micro-entrepreneurship through financial products such seasonal loans, loans for housing, foreign employment and emergencies. UNYC channeled skills development training to the entrepreneurs having businesses or taking business loans for the same purpose. To further ensure that loans are used in an efficient manner, skills development through training in piggeries, poultry farming, goat rearing, pickle-making and farming, among others, was prioritized with financial literacy. They also encouraged savings on an individual as well as group basis. Social and gender exclusion was also addressed by setting a target to bring about 15,000 women from indigenous Tharu, Dalit, Muslim, Madhesi communities and those freed from Kamaiya, Kamlahri, Adherawa, and Haliya communities into the financial system. The criteria set was such that only women who have less than 10 katthas of land, no government jobs, or make less than NPR 50,000 annually were eligible.

By the end of the project period in February 2018, UNYC successfully established 13 new branches and reached more than 16,800 beneficiaries; disbursed over 41,000 loans valued at NPR 965 million; collected NPR 145 million deposits. Through the partnership, UNYC also designed, piloted and launched two new loan products viz. Business loan and Ujyalo (Alternative Energy) Loan. They had disbursed 4,845 Business loans valued at NPR 480.6 million and  151 Ujyalo Loans valued at NPR 4.5 million by the end of project. In a separate update to Sakchyam, they have reported disbursing 6,887 business loan valued over NPR 692 million and 160 Ujyalo loan valued about 5 million by July 2018. In addition. Financial Literacy has been promoted through PGT, centre meetings, IVR and other initiatives reaching a total of 18,277 beneficiaries. 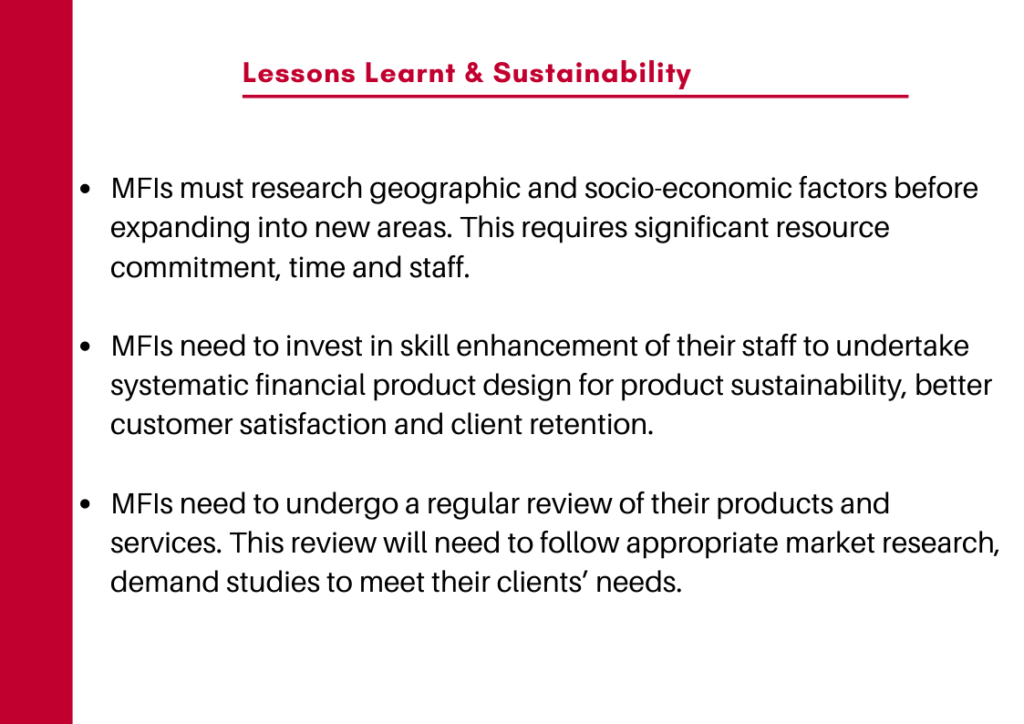