The Government of Nepal and Department for International Development (DFID) have completed formalities to extend the UKaid Sakchyam Access to Finance Programme (Sakchyam) until August, 2020.  Sakchyam has been working alongside the Ministry of Finance, the Nepal Rastra Bank, Beema Samiti and the financial services industry on the modernization of payment systems; expansion in remote areas, and heralding exciting innovations in mobile financial services, alternate credit scoring; micro-insurance and value chain financing, among others. To date, Sakchyam has reached more than 350,000 beneficiaries through its various interventions, out of which 62% have been women. 113 new branches and 14 extension counters of banks and financial institutions have been established in remote locations to enable access to financial services for underserved/unbanked communities. Together, these branches and extension counters have opened more than 350,000 new accounts, mobilized NPR5.9 billion in deposits and disbursed NPR11.5 billion in loans. Sakchyam has also introduced innovation financial products – such as Weather Based Index Insurance and Sugarcane Invoice Discounting – benefitting over 3,000 farmers and the first women-led technology campaign (Digital Mahila) in the microfinance industry in Nepal. The programme has also helped establish more than 240 Branchless Banking (BLB) touchpoints and partnered with seven MFIs to introduce tablet banking in rural communities.

We are also pleased to announce the completion in the transition to new leadership of the Sakchyam project. Mr. Nirmal Dahal is now the Team Leader charged with spearheading Sakchyam’s initiatives aimed at scaling-up the exciting above-mentioned innovations, including maximizing the reach to marginalized groups living in the remotest regions of the country.  Similarly, Mr. Shasi Wagle has been appointed as the Sakchyam Challenge Fund Manager.  He has taken over from Mr. Garry Whitby who brought in his international expertise to help set up the successful Sakchyam Challenge Fund in Nepal, which to-date has invested in 64 projects valued at GBP 220 million.

“Both Nirmal and Shasi have had an immeasurable impact on Sakchyam’s success over the past 4-plus years. I want to thank them and say how much I appreciate their leadership and dedication towards the programme,” said Mr. Baljit Vohra, the outgoing Team Leader of Sakchyam.

As the Senior Vice President of Louis Berger, Mr. Baljit Vohra will continue to provide oversight to the Sakchyam project as well as oversee the Louis Berger’s economic growth and governance portfolio in Nepal as well in other parts of the world.   As Louis Berger’s Director of Challenge Funds, Mr. Garry Whitby will continue to provide strategic advice to the Sakchyam Challenge Fund as well as help set up new challenge funds on the company’s new projects. 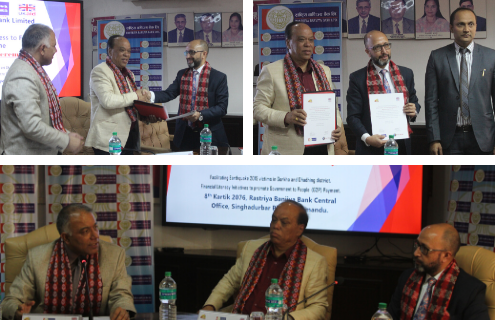 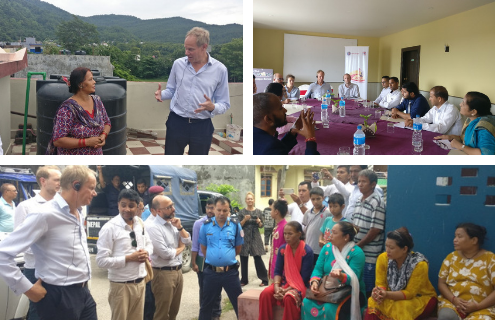 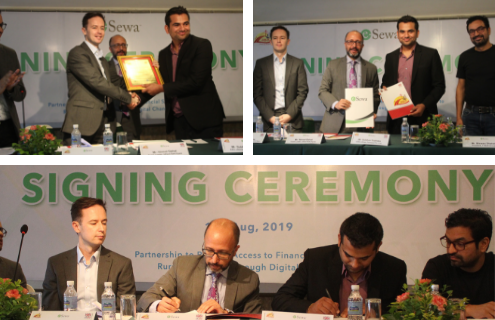