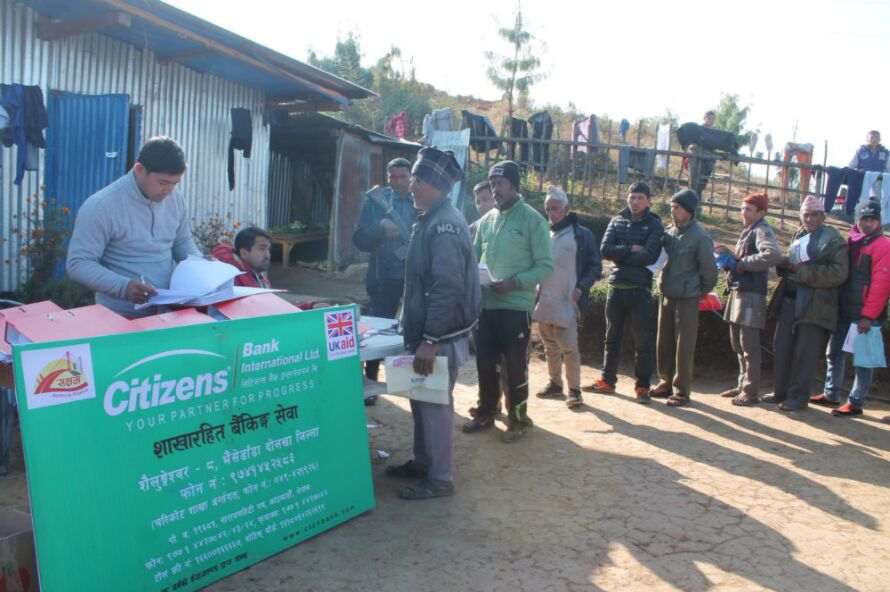 Bhainse Danda of Sailung Rural Municipality of Dolakha is merely 173 KMs from Kathmandu. Yet, it took us 9 hours, along difficult road conditions, to reach there. Upon arrival, we were greeted by beautiful snow-topped mountains, which peaked out from the clouds, and by smiling faces.

Unfortunately, this picturesque settlement was badly hit by the 2015 Earthquake where 1,500 households were affected. “But we survived,” says Laxmi Thapa, 28, glad of the fact that despite the property loss, her family of four, including two small sons, escaped any major harm.

The resilience of the community is highly infectious, but after almost three years without a proper roof over their heads, the people of Bhainse Danda were relieved to find out that they would be finally receiving the first tranche (NPR 50,000 per beneficiary) of the Government’s Earthquake Relief Housing Grant to the residents of Shailung, Dolakha.

“National Reconstruction Authority (NRA) had originally entrusted another commercial bank’s branch in Charikot with the distribution of the housing grant to the locals of Sailung and they had also opened accounts for most of the beneficiaries. But later on, the bank expressed their inability to serve them due to the great distance between the branch and the beneficiaries,” shares Mr. Rameshwor Uprety, the Ward Chair of Sailung Ward No. 8 who then, along with NRA, approached Citizens Bank through their Branchless Banking (BLB) Agent, Bishal Shrestha, in Sailung (pictured below). Once the NRA provided Citizens Bank with the list of 765 beneficiaries to be served, the BLB Touchpoint, which was established with the support of UKaid Sakchyam, proved to be a ‘blessing in disguise’. While the bank opened most of the beneficiary accounts through their Charikot branch, the people who were unable to travel far were able to open their accounts through the BLB touchpoint. “Being able to open the account at this BLB touchpoint was very helpful,” shares Bhim Bahadur Basnet, a 65-year old resident of Sailung, whose frail health does not allow him to travel far. “Since I didn’t have to go to Charikot, I saved money tha 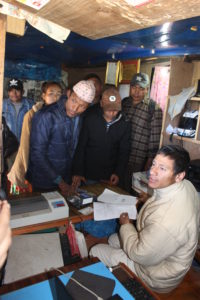 t would have been required for travelling as well,” he says.

This easy accessibility to banking services has made the people of Sailung hopeful. “We have received very positive feedback from the community and we want to make it easier for them to receive the next tranche of the grant money,” says Swechchha Dangol from Citizens Banks. “Therefore we are considering distributing the next tranches, including to the beneficiaries who are yet to be listed by the NRA, through the Sailung BLB Touchpoint itself,” she shares.

Most recently, the second tranche of grant distribution in Sailung has begun. Thus far, the bank has received funds worth NPR 40.50 million to be distributed to 270 beneficiaries (NPR 150,000 each) who have qualified for the second tranche of grant distributions. The grant amounts have been deposited into the accounts of the 270 beneficiaries who are all account holders of Citizens Bank and are equipped with Debit Cards. This effectively means that those beneficiaries can now withdraw the grant money as and when required right from the convenience of the Sailung BLB touchpoint or from any other Citizens Bank branch, BLB touchpoint or ATM.

Almost three years post the earthquake, the residents of Sailung finally have a glimmer of hope, thanks to the BLB Touchpoint.

After the Gorkha Earthquake of April 25, 2015, a large number of branches of BFIs were severely damaged, affecting the quality and access to financial services in the 14 most affected districts. As such, there was an immediate need to restore financial and banking services in the earthquake affected areas as well as to expand the outreach of financial institutions to move relief money in an efficient and transparent manner. To this end, Sakchyam partnered with 7 prominent commercial banks through a competitive process to launch the ‘Sakchyam Earthquake Response BLB Programme’. The programme involves the launch of 173 Point of Sale (POS) machine-based Branch Less Banking (BLB) touch points and 2 physical branches across the 14 districts. As of December, 2017, Sakchyam’s partner banks have launched 155 BLB touch points and both the physical branches across all 14 of the earthquake affected districts. The partner banks are Citizens Bank, Global IME Bank, Nepal Investment Bank, NMB Bank, Rastriya Banijya Bank, Sanima Bank and Siddhartha Bank. 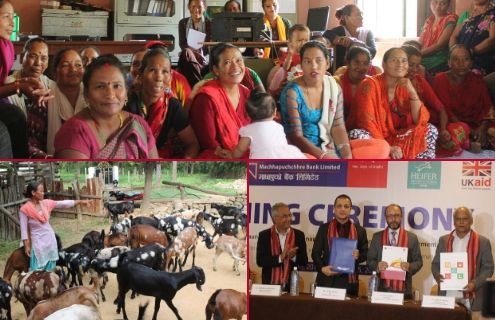 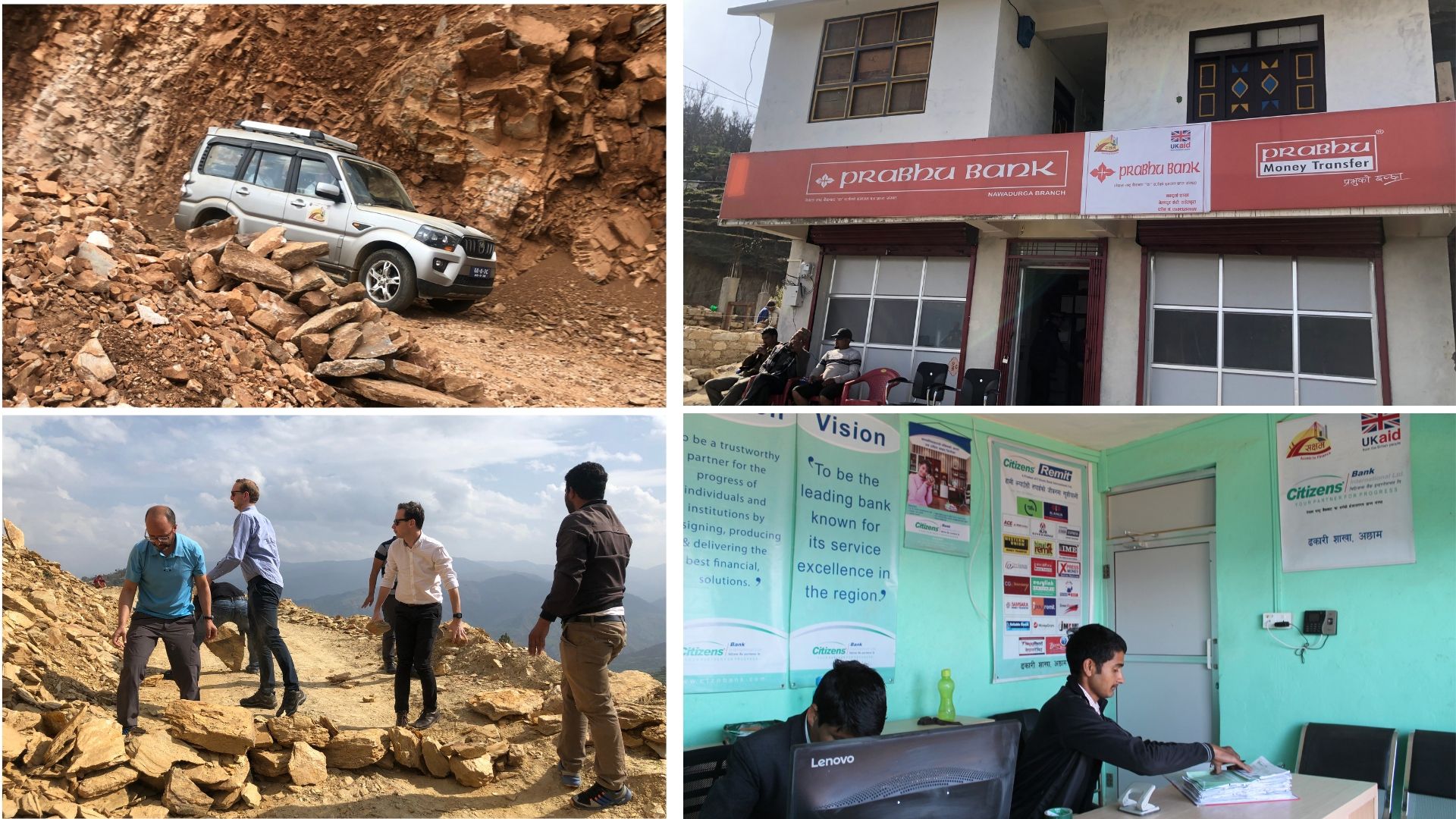 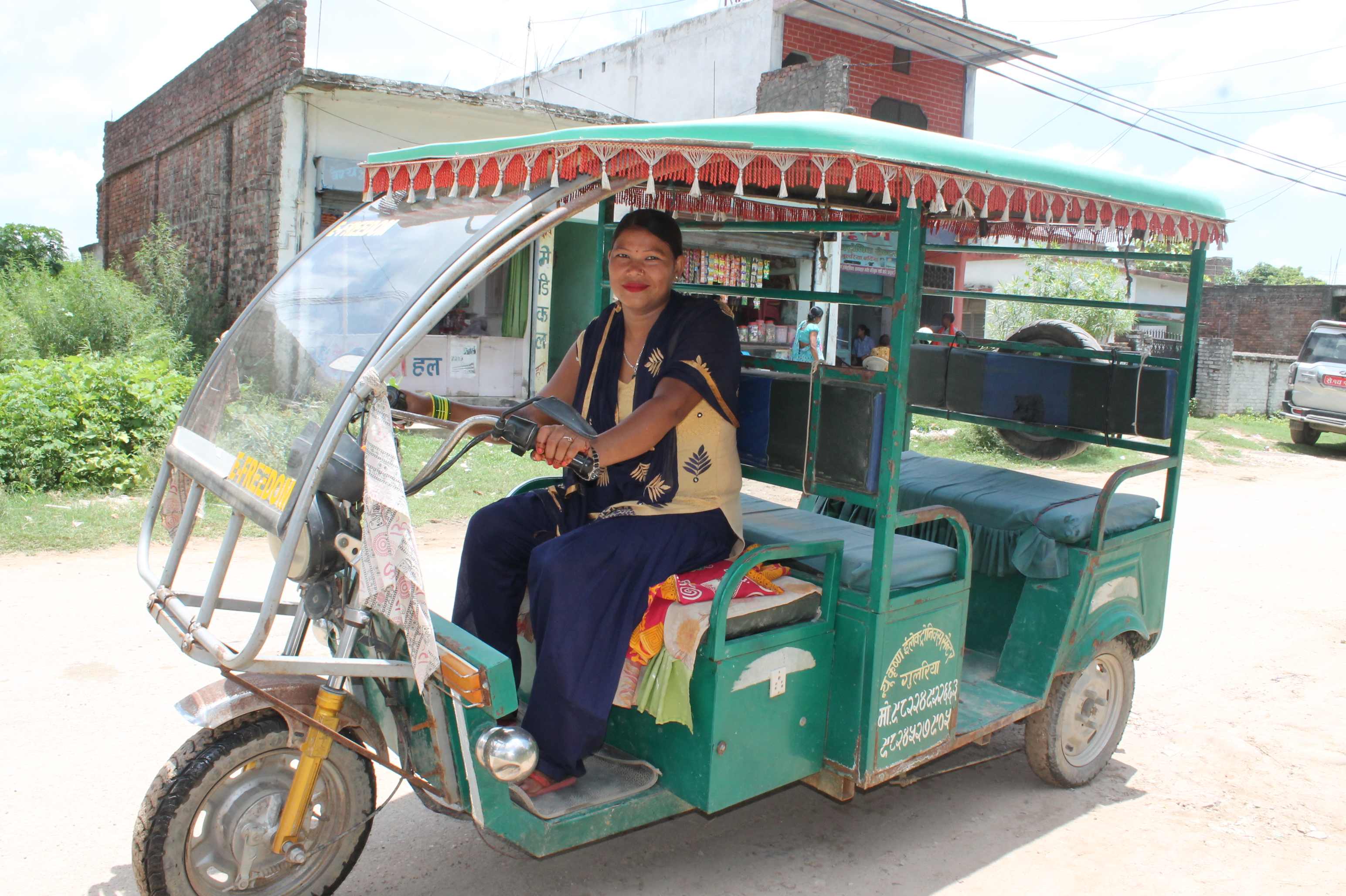